Today, in honor of Swiss National Day, we feasted. And oh what a feast it was. Linda brought cheese fondu with many dipping options including cute little pickles. Courtney proved to be the avocado champion with some seriously stellar guacamole and possibly the best chips money can buy. As if we would expect anything else from him, Aaron brought some sort of meat cylinders (landjaeger), which were both tasty and difficult to eat. Morgan attempted some traditional August-Weggen rolls, which were actually pretty fetching when topped with tiny Swiss flags. A crowd favorite was clearly Shirlee’s spicy, sweet bacon… I mean, just imagine. Oh, and there were donut holes. And polka music. And beer. All in all, it was a darn good feast.

A fraction of the spread before the feasting began. 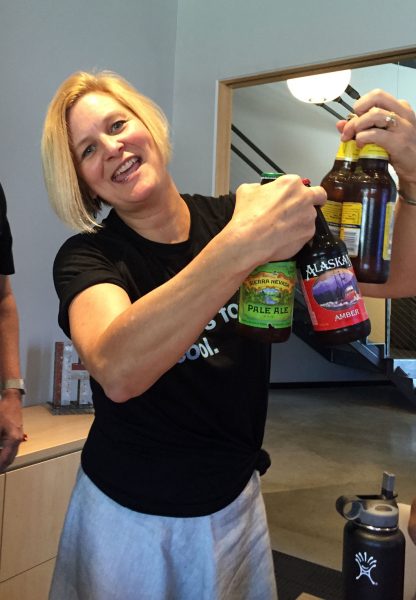 As if our bellies weren’t already full of yeasty wheat, Linda brought beer! 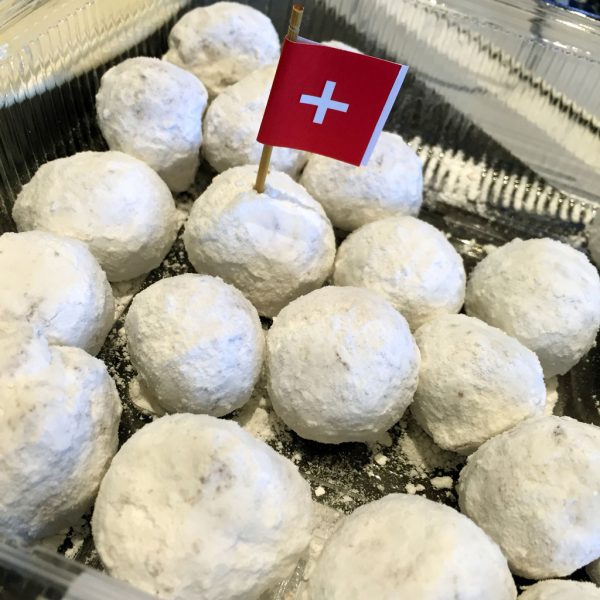 You see donut holes, we see the alps.