Has it really been 60 years? 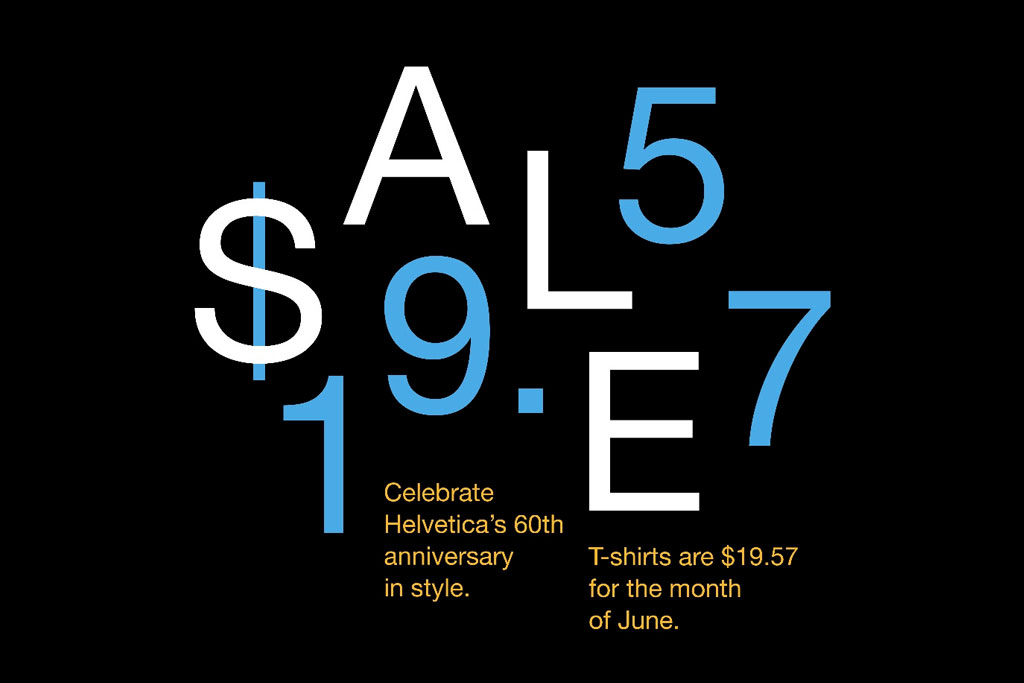 June 1957. Graphic 57 trade fair, Lausanne, Switzerland. All along the Montreux Riviera the linden trees are in bloom, their bright, lemony fragrance thick in the air like the sweetest perfume – until evening, when the gentle southerly winds, fresh off of Lake Geneva, wash the city clean.

Over the course of the two-week event, nearly a quarter of a million visitors walk through the exhibit hall, taking in the work of type foundries and graphic designers and commercial artists and printers. Some look for inspiration, some for trends. What they get instead is a front-row seat to history. For Max Miedinger, 46-year-old designer at the Haas Type Foundry, has chosen this event – this moment in time – to unveil his latest creation: Neue Haas Grotesk.

Miedinger’s baby, a sans serif typeface based on Herman Berthold’s Akzidenz Grotesk, caused something of a stir at Graphic 57. In fact, within two years, 10 percent of Swiss printers were carrying Neue Haas Grotesk. But it wasn’t until 1960, when the font was rechristened Helvetica, that it really took off. When the rest, as they say, truly became history.

It’s Helvetica’s 60th birthday. Which means select Tts and tanks are only $19.57. (See what we did there? $19.57? 1957??) Savings this huge only come around once a year – and they’ll only stick around till the end of June. So bake a cake, light some candles, sing that one song, and outfit the entire family today!

Want the latest Hh news delivered straight to your inbox? Of course you do. Fill out the simple form below.